Seven years ago I would have been beyond excited for a new Star Trek TV series, like the one just announced by CBS due to premiere in January of 2017. When Enterprise was unceremoniously cancelled in 2005, despite having hit its narrative and creative stride in its fourth and final season, I gave up hope of seeing Star Trek on TV again in my lifetime. For eighteen straight years, almost all of my childhood, Star Trek had been a staple with at least one or two series constantly on the air, and facing a world without Star Trek in my living room was a depressing prospect. So the me in the period of 2005-2009 would have been thrilled with today’s news. But the reality is that I’m filled with some strongly mixed feelings about the news, despite my undying love for (almost) all things Trek.

END_OF_DOCUMENT_TOKEN_TO_BE_REPLACED

The Oscar nominations will be announced tomorrow morning, and while I try every year to predict the winners I won’t even attempt to try to guess the nominees.  However, I do have some things I would like to see when the nominations are announced tomorrow.  I’ve divided these into two categories: actual, genuine “Possibilities” and “Not a Chance”.  I may be hopeful, but I try to keep things at least moderately realistic.  I’ve left out some of the more obvious ones, like Gravity for Best Picture, Director, Actress and all of the technical categories, simply because I think that they’re foregone conclusions and I’m not really sweating them.  Come back later tomorrow after the nominations have been announced (and I’ve gotten home and can actually write about them) for some quick thoughts on who made the cut and who was left out.  In the meantime, read on for the names and films I would like to hear Chris Hemsworth read outtomorrow. END_OF_DOCUMENT_TOKEN_TO_BE_REPLACED

Now that 2014 is well under way it’s a good time to look back at the movies of 2013.  I went to the movies 40 times in 2013, a pretty low number for me, seeing 32 new films (the other 8 were either movies I saw more than once or classics I got the chance to see on the big screen).  Through a variety of reasons, I’ve managed to miss most of the big awards contenders including 12 Years a Slave, American Hustle, Her, Philomena and The Wolf of Wall Street, unlike last year when I had seen most of them.  Instead of simply ranking my favorite films from the past year, however, I prefer to highlight my top 10 (and bottom 3) movie-related things from 2013.  Some of these will be particular movies or performances, some will be scenes or aspects of production, and some are bits of news or interpretations.  I hope you enjoy it, and remember to let me know your favorite (or least favorite) film-related things from 2013! END_OF_DOCUMENT_TOKEN_TO_BE_REPLACED

I really hadn’t planned on writing any more about The Lone Ranger, but a series of news articles and quotes that have been floating around this week, along with countless commentary, have me feeling like I should weigh in.  First, Disney has projected that it will lose $160-190 million on The Lone Ranger.  At the same time, or possibly in response to this, several people behind the film have piped up to blame the critics for the box office failure of their film. END_OF_DOCUMENT_TOKEN_TO_BE_REPLACED

The Lone Ranger is most likely not what you expect, though it probably has at least one or two moments (or silver bullets) aimed at you.  It’s not a devoted adaptation of the beloved TV show from the 50’s or the radio show from the 30’s.  It’s not a “Disneyfied” (hate that word, it’s so condescending) version of a Western, aimed at kids.  It’s not Pirates of the Caribbean on horseback, though your ability to enjoy The Lone Ranger might be related to your ability to enjoy that saga of movies.  It’s not even a live-action adaptation of Rango.  So what is it?

During my movie marathon a couple weeks ago, I saw a trailer for The Lone Ranger (out tomorrow) before my showing of Man of Steel.  There’s nothing unusual about this, and I fully expected it, but what I didn’t expect was this unusual take on a trailer instead of something more typical.  Take a look, and then read on for my thoughts:

Instead of a standard trailer we instead got a behind-the-scenes look at the film.   END_OF_DOCUMENT_TOKEN_TO_BE_REPLACED

The superhero movie as we know it was born in 1978 with Superman, starring Christopher Reeve.  The posters claimed “You’ll believe a man can fly” and we were given a movie that seems very dated by today’s standards.  Reeve, clad in spandex, soared on wires in front of a blue screen in many ways seems silly to modern audiences.  Clark Kent was the squeaky-clean all-American, still standing up for “truth, justice and the American way” 40 years after his introduction in the comics.  It was undeniably goofy, but timeless in a way.  It gave us a modern yet dated world, where reporters dressed like they were in the 1930s yet boarded helicopters from the roof of the Daily Planet.

Of course, superhero films have gone through many incarnations since then. END_OF_DOCUMENT_TOKEN_TO_BE_REPLACED

Are Patrick Stewart’s opinion and views more important than yours or mine?  No, of course not.  However, they are in a special position because of who he is.  Celebrities can reach a much wider audience than the average Love Pirate with a blog.   END_OF_DOCUMENT_TOKEN_TO_BE_REPLACED

In my previous posts about Star Trek Into Darkness (read the review here, and the analysis here), one of the things I complained about was the gratuitous scene whose only purpose was to showcase Alice Eve in her underwear.  The writer of Star Trek Into Darkness, Damon Lindelof, just issued a series of tweets apologizing to fans for the scene.  Read on for the image in question and Lindelof’s apology. END_OF_DOCUMENT_TOKEN_TO_BE_REPLACED 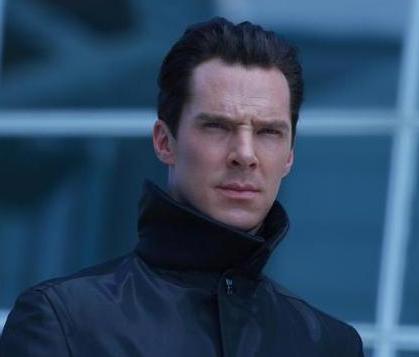 This is my analysis of Star Trek Into Darkness.  Click here to read my spoiler-free review of the film.

I’ve documented my dislike for 2009’s Star Trek in a couple of places.  But to understand my more in-depth opinions on Star Trek Into Darkness I feel like I should summarize my general feelings about this “reboot;” feelings which carry over into this new film.  The gist of it is this: I wish that they had not chosen to use the time travel/alternate universe story telling device.

They really had three options if they wanted to do a story based on a young Kirk and his crew.  The first option was to simply do a prequel film, set within the timeline and beholden to everything we’d already seen in the various incarnations of Star Trek.  I can completely understand why they chose not to do this.  It would be very restrictive, with 10 films and 28 seasons of television that their prequels would have to respect and fit into.  It would be a chore simply to ensure accuracy, much less to write an enjoyable film within those rules.  And while many fans would surely have loved to see the Kirk that we love in Starfleet Academy, it’s probably for the best that they chose not to go this route.

The best option, in my opinion, would have been to opt for a complete reboot. END_OF_DOCUMENT_TOKEN_TO_BE_REPLACED