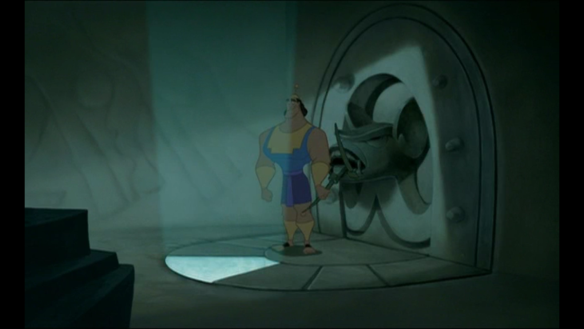 Following what many considered to be a huge upset at the 72nd Academy Awards, at which Vin Diesel beat out Tom Hanks for the Best Voice Performance Oscar, the category gained a reputation for being one of the most unpredictable of the Academy Awards.  Since its inception the award occasionally went to the obvious frontrunner, but just as often to a different, more unusual performance, making for interesting viewing but frustrating the odds-makers.  The slate of animated films for 2000 offered up no clear smash hits, making prediction even murkier. END_OF_DOCUMENT_TOKEN_TO_BE_REPLACED

Kuzco: How did you get back here before us?!

Kronk: Well, ya got me. By all accounts, it doesn’t make sense.