I’m a big fan of movies that manage to capture the entire film in just one scene, especially when it is done in a way that doesn’t scream, “This is what the movie is about,” in an annoyingly obvious way.  Hook is by far the best example of this, but discussing that scene is an essay for another time, so instead I present you with a similar scene from Pitch Perfect.  Take a look:

For those of you who haven’t seen it (and seriously, why not?), Pitch Perfect tells the story of Beca, played by Anna Kendrick.  Beca is a freshman at Barden University, and is there against her will.  She’d much rather be in L.A. pursuing a career in the music industry, but her father, who is a professor at Barden, wants her to get a college education.  Generally speaking, she thinks college is lame, but makes a deal with her dad that if she gives the college experience an honest try and decides she doesn’t like it then he will pay for her to move to L.A..

So she eventually joins an a capella group, the Barden Bellas, who are all manner of odd, both individually and as a group, and they sing outdated songs in a somewhat boring fashion.  Beca, being something of a music snob, looks down on them and the entire endeavor, but she stays with them because of the deal she made with her dad.  And on the way to a competition, the scene above happens.

Have you ever had someone you’re friends with but who embarasses you with their enthusiasm and nerdiness?  Or, on the flip side, have you ever been the friend who is embarrassingly nerdy and enthusiastic?  (::raises hand::)  As the Bellas start singing Miley Cyrus’s “Party in the U.S.A.”, a song that I can only imagine Beca loathing, she gets this look on her face like she’s trying her hardest not to smile. 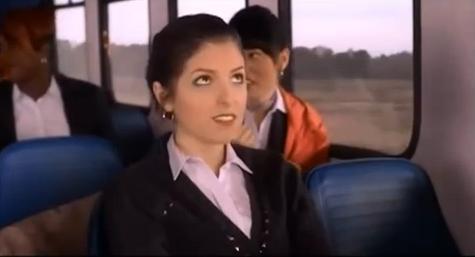 It’s clear that she enjoys the fact that the rest of the group is having such a good time.  But the highlight moment comes when they wait for her to join in, and you can see in that brief moment the internal debate going on in her head.  It’s her pride battling with the part of her that wants to have fun.  Of course she gives in to pressure and sings out with joy, despite the cheesiness of the song and the nerdiness of those around her.  If Pitch Perfect is about Beca’s struggle to open up her bubble, to learn to appreciate those she might otherwise look down upon, and to stop getting in the way of her own happiness, then this scene, and this one moment are a microcosm of the character’s entire journey.

It’s a great moment for the way it cuts down the idea of judgement.  I hate the term “guilty pleasure” in the way it’s generally used, and I think one of the movie’s themes is how we need to stop trying to judge things and simply enjoy them.  This is one of Beca’s big struggles, and in this moment we see her overcome her cynical nature and just let it out.  If you love something, like Beca loves music, don’t be afraid to passionately enjoy it, and do your best to surround yourselves with people who love it, too.  Pitch Perfect may be a gift of a movie to music nerds, but it’s more generally about having passion for something, and the joy that comes in being a nerd of any kind.  And you can see all of that in this one moment. 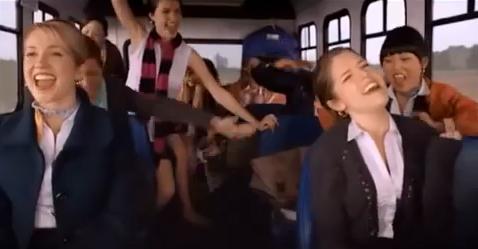