A year and a half ago, I decided that I was going to attempt to read all of the Star Wars books that fall under the newly defined canon. When Disney bought Lucasfilm, they wisely decided to abandoned the Expanded Universe of books and stories in order to give themselves a clean slate for their new films. I read dozens and dozens and dozens of EU books when I was a kid, and I loved how they either continued the story of the original trilogy, expanded on aspects of the universe we’d only glimpsed before, or introduced entirely new characters and locations to follow along their own path. But I eventually ran out of steam as I got older, and couldn’t keep up with the multitude of books in many different time periods that expanded more quickly than I could read them. But Disney placed all of the old books under the “Legends” label, and started from scratch with a new canon and a Lucasfilm Story Team to oversee continuity, and I realized the time was ripe for me to jump back in. I originally wanted to read them all in release order, but after a few books I decided to balance things out a little better to give myself some variety, and also to free myself up to jump ahead for tie-in books for new movies. I’m now working on my 15th Star Wars book over the last 18 months (I have read other things too), so I thought I’d take some time and review what I’ve written. There’s a lot of variety here in terms of writing style, tone, and time periods in which these stories are set. Some of them I absolutely loved, while others were more disappointing or simply not my type of book. Hopefully this can provide a little guidance to those who might want to jump into the new Star Wars books, or to those who have read some and are considering others. These are listed in the order I read them, so certain books that go together, like the Aftermath series, are not listed together. Once you’ve checked out my reviews, drop me a comment to let me know what you’ve thought of the new Star Wars canon books, which are your favorites, and any that I haven’t read yet that you’d recommend!

END_OF_DOCUMENT_TOKEN_TO_BE_REPLACED

Solo: A Star Wars Story comes at a bit of a difficult time for Star Wars, although most of the franchise’s issues have been vastly blown out of proportion. All of the new films have been commercial and critical successes, grossing over a billion dollars each (with The Force Awakens becoming the 3rd-highest grossing film of all time) and have connected both with longtime fans as well as a new generation eager for their own Star Wars stories. But there have been bumps along the way for Disney, who took over the reins from George Lucas in 2012, magnified by a fanbase that is vocal and demanding, occasionally to the point of absurdity. There was an outcry when decades of Expanded Universe stories were struck from the canon, giving Lucasfilm and Disney a clean slate to start fresh with their own stories and timeline. The Force Awakens was an unprecedented smash, seemingly designed expressly to please longtime fans, but it had its detractors who complained that it was basically a rehash of A New Hope. Rogue One was likewise a hit, but stories of massive reshoots led to (untrue) rumors of a production troubled by interference from Disney, while some fans found the characters to be less compelling than the original heroes or the new trio from The Force Awakens. Then The Last Jedi dared to be different and bold, and critics responded with enthusiasm, but a vocal minority strongly objected to how the film handled Luke Skywalker and planned boycotts and sabotage of the film’s online ratings. The Star Wars fandom has never been more divided, and it has become impossible for the artists behind these films to please everyone.

Of course, that was never really possible, but the internet magnifies the voices of the angry while ignoring the voices of the masses who seem to have generally enjoyed everything they’ve been given so far. We live in an age where fandoms increasingly claim ownership of the things they love, and the expectation has grown that studios have an obligation to deliver exactly the film that each individual wants, just as they had always imagined it in their head, regardless of the fact that there are thousands of different viewpoints about the “correct” direction of the franchise. These people want to only focus on characters from the original trilogy, those people want to honor the prequels, others just want to see the new heroes. These people want family films, others want R-rated “adult” movies. These people want movies about the Force and the Jedi, others want to spend time in the world of bounty hunters and smugglers. Some want Old Republic movies, others want to fill the gaps between the prequels and the original trilogy, while more would rather see what happened after the fall of the Empire. Some want the movies to have a political side, the way George Lucas intended, while others take any instance of inclusive representation of women, people of color, or LGBT individuals as a “SJW” or “Feminazi” agenda from people who only want things to be “PC”. Star Wars is such a broad franchise, with so many diverse fans, that no movie will ever satisfy everyone. Yet everyone expects every movie to satisfy them personally. It’s a lose-lose situation.

All of this is to say that Solo: A Star Wars Story, much like Avengers: Infinity War, does not exist in a bubble, and it’s impossible to try to completely separate the film from the context in which it exists. Solo comes in with its own set of burdens that could potentially threaten its success alongside the current state of the film industry and the Star Wars fandom. Its production featured the departure of its original directors, Phil Lord and Christopher Miller, partway through filming over “creative differences”, leading to Ron Howard stepping in to finish the film, while early negative fan reactions to the film’s lead fueled rumors of acting coaches and major concerns by Disney. And then there’s the constant talk that “nobody asked for this,” that a film about Han Solo’s origins was not something people particularly desired to see. But my goal is always to take each movie at face value, judged not on everything that went on behind-the-scenes, or the prevailing winds of the current internet conversation, with the hope of enjoying it. The fact that Solo works pretty well is a testament to the creative forces behind it, as well as the guiding hands of producer Kathleen Kennedy, who has stuck to her guns as the president of Lucasfilm and who has a vision of the types of Star Wars movies she wants to see made. Solo is a fun adventure, filled with the action and humor we expect from Star Wars, punctuated by moments of connection that enrich these characters we know so well, and holding a few surprise cards up its sleeve. It may be the “safest” Star Wars movie yet, in that it is neither revolutionary nor particularly challenging, without as much to say as earlier films, but it’s an enjoyable ride that combines the new with the familiar in unexpected ways.

END_OF_DOCUMENT_TOKEN_TO_BE_REPLACED 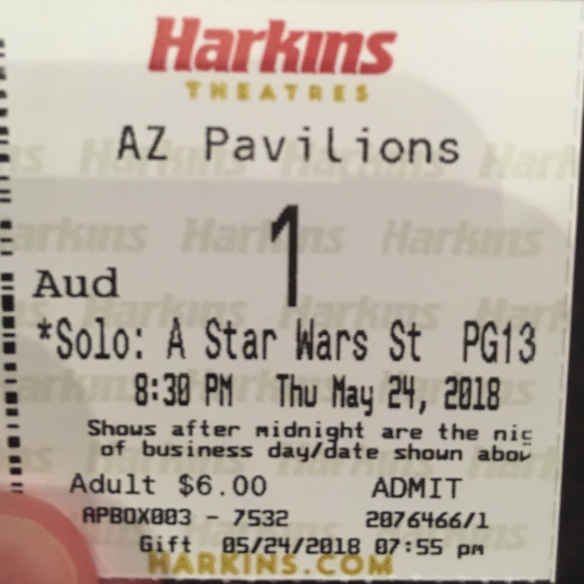 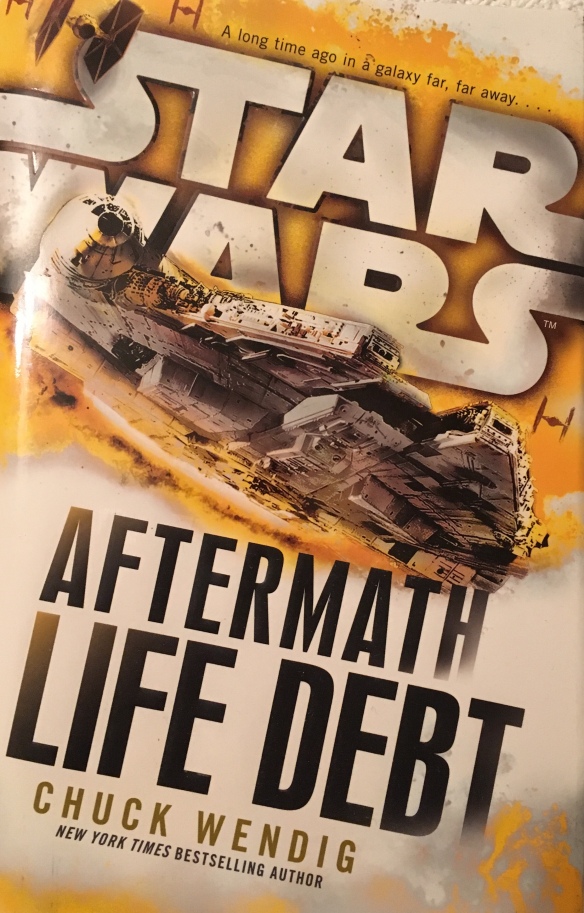 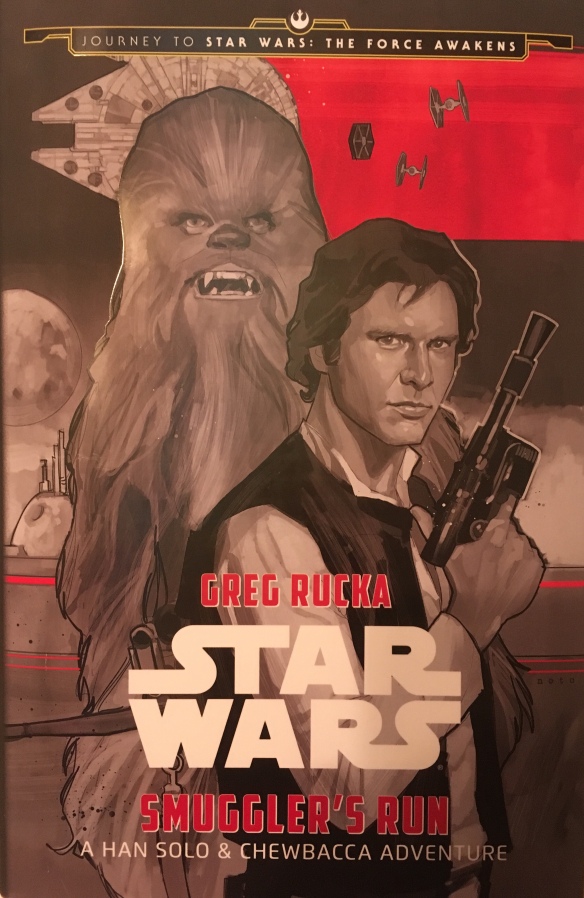 By this point, every glimpse, shot, or tidbit of Star Wars: The Force Awakens we’ve seen thus far has been analyzed, dissected, and picked apart by anyone and everyone in the hopes of finding all of the clues to unlocking the story’s secrets. I’ve talked enough about my concerns about The Force Awakens as well as my feelings about how the film has been treated by the general populace, and I’m not going to go into that any more now. But I thought it’d be fun to take a look back at all of the trailers released for the film thus far with an eye not to solving all of the mysteries but instead looking at the larger picture. What I love most about trailers is the way they can evoke emotions with just a few images, a handful of musical notes, or the slightest bit of context. So let’s take it from the top with the very first trailer for The Force Awakens, which conveyed quite a lot from very little.