I never lived in a world without Ghostbusters. The original film was #1 at the box office the day I was born (although my parents decided to see Indiana Jones and the Temple of Doom that day), and it and its sequel have been movie viewing constants all my life. I yearned for a sequel for years and years, only to be disappointed when it finally became clear that that was never going to happen. Instead we were given a remake with an all-female cast, which unfortunately still brings out the worst in a certain segment of the population who can’t stand to see women in positions where they feel only men should reside. The result is both an important milestone for women in cinema, a big-budget, sci-fi, action comedy based on a beloved franchise resting solely on the backs of four talented women, and the internet firestorm that’s come to surround the film shouldn’t detract from the fact that it’s nevertheless shattered some glass ceilings. But the question of the film still remains, whether it can both hold up on its own and live up to the legacy that goes along with the name. Could it ever be as funny as the classic from 1984? Well, the answer to the second question is no, it’s frankly not as funny. But better than funny, it gives us deeper characters, more exciting action, and a more interesting world than we’ve ever seen under the Ghostbusters banner. It might not be the non-stop laugh riot we might have hoped, though it is still frequently hilarious, but it just might be a better all-around film.

END_OF_DOCUMENT_TOKEN_TO_BE_REPLACED

My relationship with the new Ghostbusters film has been a bit of a roller coaster. Ghostbusters was the #1 movie at the box office the day I was born back in 1984 (though my parents decided to see Indiana Jones and the Temple of Doom instead, which caused my mom to go into labor with me), and I’ve been a fan of the original and its sequel since the first time I saw them. As a longtime fan, I of course followed the various news about a potential third film over the last couple decades in the hopes of seeing the team reunited on the big screen. So when the new Ghostbusters was announced I was thrilled, even as it was clear that it would not star the original cast. I absolutely loved the idea of an all-female team, especially when we learned that Melissa McCarthy would be in it (of whom I’ve been a fan since the Gilmore Girls days). The early teases of the look and feel of the film, particularly its production design, got me even more excited, as did the news that Chris Hemsworth had been cast as the Ghostbusters’ receptionist in the new film, a great continuation of the gender reversal.

END_OF_DOCUMENT_TOKEN_TO_BE_REPLACED 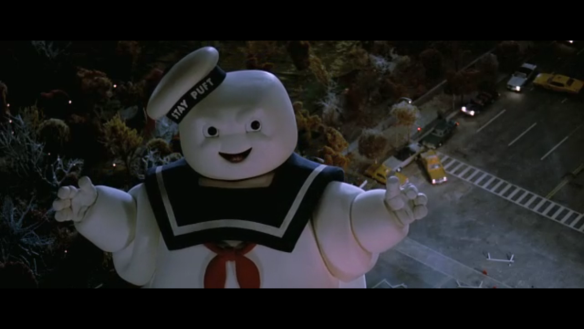 Ghostbusters came out the year I was born (which was a good year for movies), but I didn’t get a chance to see it on the big screen until 2011.  I was amazed, but not completely surprised, at the reaction from the crowd, who clearly loved it.  I knew it was one of my favorites, but I didn’t realize that the jokes were still funny to everyone else.  And while there are many things to love about Ghostbusters, for me the highlight of the film is this: END_OF_DOCUMENT_TOKEN_TO_BE_REPLACED