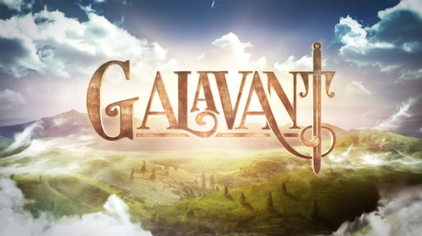 If you haven’t been watching Galavant, well you’re too late now. Its season, and probably series, finale aired this past Sunday, and I’m sad to see it go. A half-hour medieval musical comedy series was never going to have mass appeal, but it was just the sort of thing I was looking for, and it rapidly became one of my favorite shows on TV. The idea of legendary songwriter Alan Menken doing a musical TV show was enough to pique my interest, but I quickly discovered last season that Galavant was more than just great songs from the Disney vet. It stylistically combined Disney musicals with Monty Python (specifically Spamalot), The Princess Bride, and Mel Brooks movies to create one of the funniest shows out there, but as the presumed series finale approached I wasn’t prepared for just how emotional the show could be, without losing its humor, nor how attached I’d become to these characters. Add in the fact that Galavant was perhaps the most self-aware and self-depreciating show in history and you’ve got a recipe for something unique. If this really is the end, and I hope it isn’t, I’m at least happy that Galavant existed and even got unexpected second season, and I hope more people will discover it as the years go by.