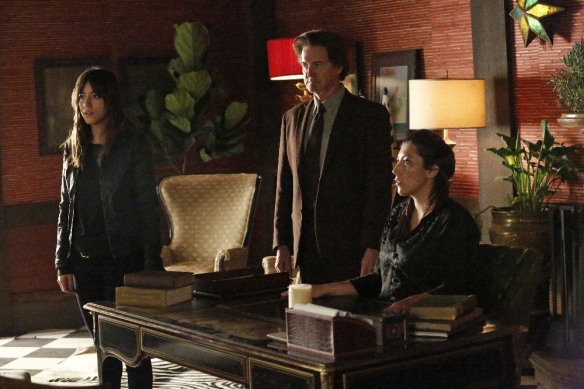 What do you think?  Did you enjoy “Scars”?  Were you surprised by how the Jiaying/Gonzales confrontation went down?  What side do you think Skye will end up on?  What is Raina’s real goal?  Can things ever be worked out between Coulson and May?  What happened between Bobbi and Kara, and what is Ward planning to do with her?  Will Mack really leave (the show or the team), or will he find a reason to stay?  What is the crazy Kree rock thing?  Will FitzSimmons ever just admit that they’re still in love with each other?  Who is the Koenig sister?  Will everyone survive the finale?  Are you thrilled that SHIELD and Carter will be back next season?  Let me know in the comments!